The area on which the Capo Gallo Reserve falls has been inhabited since the Paleolithic period, as evidenced by the findings in some caves of the mountain. The most important from the archaeological point of view is the Grotta Regina (Queen cave), inside which there are inscriptions and drawings dating from the VII century BC and II century AD. The drawings represent human and animal figures among which: a punic warrior, a bear and a horse. In the seabed, instead, a Carthaginian shipwreck with a cargo of amphorae is found. Inside the Reserve fossil remains of deer and dwarf elephant have been also found. The dwarf elephant is a small elephant, widespread both in Sicily and in Malta, that lived in the Quaternary Age.

Punic warship of the Grotta Regina (published by Bartolini) 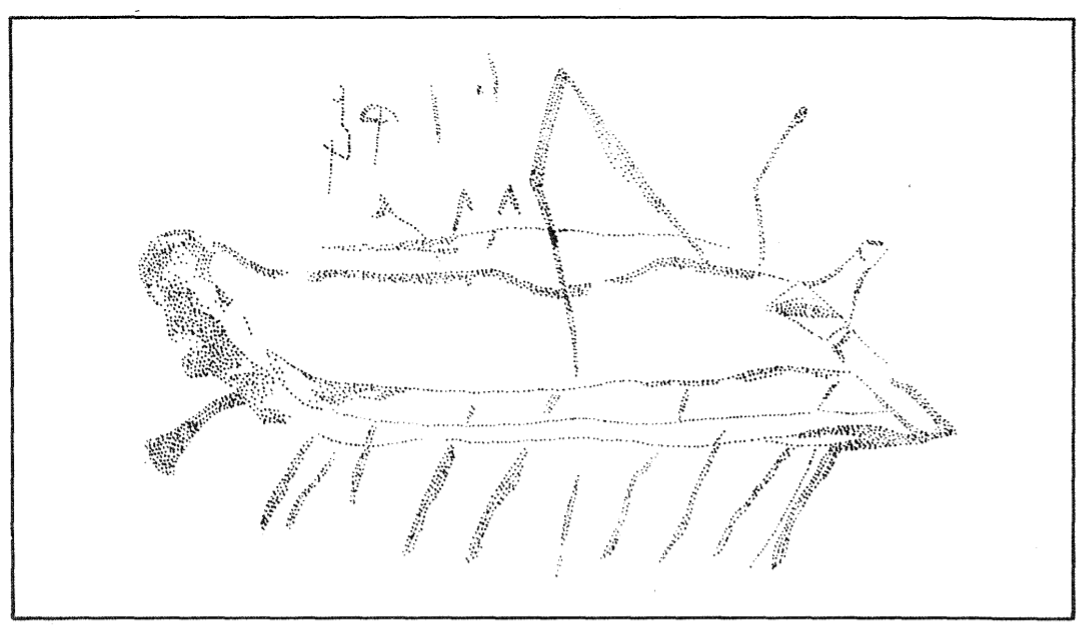