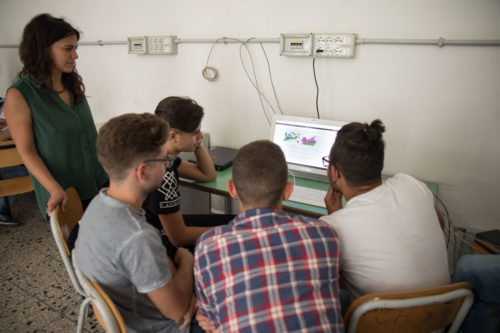 How and why “Interconnettiamo” project started

The “Interconnettiamo”project, funded from the “Regione Sicilia – Assessorato Regionale della Famiglia Dipartimento della famiglia e delle politiche socialie dalla Presidenza del Consiglio dei Ministri – Dipartimento della Gioventù e del Servizio Civile Nazionale”, was created from the “Associazione Ornus in Silva”. Its main aim was to involve young people from “Istituto Tecnico Industriale (ITI) Vittorio Emanuele III” of Palermo in creating a website on the Natural Reserve of “Capo Gallo”, which is situated between the regional limits of Sferracavallo and Mondello in Palermo. Based on that, young people, the real protagonists of this project, had the opportunity to improve their skills regarding computer, science, history, landscape, culture, work behavior, personal and interpersonal relationships. Overall, they had the opportunity to appreciate their capacities and the city they live in. 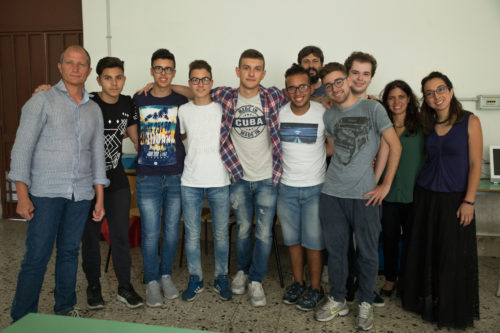 The real protagonists of “Interconnettiamo” project

The project was addressed to the students of “ITI Vittorio Emanuele III”. They, along with experts, were requested to create a website that would highlight the knowledge that one can obtain and the great sensitivity that one can have towards a site of a significant naturalist interest. The Natural Reserve of “Capo Gallo” is an astonishingly beautiful place with numerous botanical endemists. It is also famous for its migratory fauna and its archeological and paleontological regime is of significant importance. The selection of the actors involved, was strategic due to the fact that the second-grade students are the target group that can link the world of school with the one of work. Thanks to the activities of this project, the Natural Reserve was enhanced and therefore the main aims were achieved; students were actively involved obtaining technical and scientific knowledge and the protected area was promoted via multimedia. 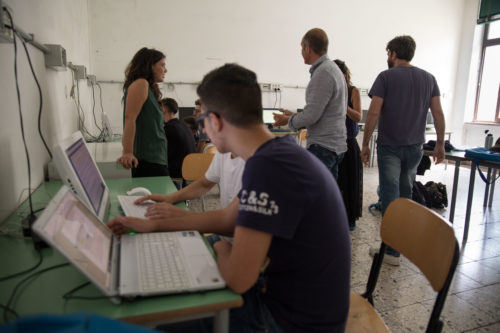 The young protagonists have actively worked for the realization of the activities, supporting the spirit of the entire project that involved the active participation of young people. They were asked to think, plan and take initiatives that would promote the Natural Reserve, always based on the human resources of the project. Involving adults in the project played a key role in its development. Actions inspired by respect versus the environment and its protection established positive ideals such as individual and collective responsibility giving a new sense in the coexistence with the community and tending in this way to a sustainable development of the places where they live. This project had succeeded to enrich the educational formation level of the school from a scientific, technological and humanistic point of view by merging school activities and extracurricular contents with the aim to educate through acting.